This is an impressive and robust pint pewter tankard which features a horn fertility handle in traditional viking style and carved pewter mounts.

The Personalised Viking Horn Pewter Tankard is sure to please the Norse gods while you sip your favourite ale.

In Norse mythology, the earth was thought to be a flat disc. This disc is in the branches of the world tree, or Yggdrasil. Asgard was located at the centre of the disc. Asgard is where the gods lived. Asgard could only be reached by walking across the rainbow (the Bifröst bridge). The Frost Giants lived in an place called Jötunheimr. Jötunheimr means giant realm.

A cold, dark place called Niflheim was ruled by Hel. She was the daughter of Loki. This was the eventual home of most of the dead. Located somewhere in the south was the fiery realm of Muspelheim, home of the fire giants.

In between Asgard and Niflheim was Midgard, the world of men.

Drink with your Viking, beer swilling companions from this beautiful but earthly handmade pewter tankard.

Have the Personalised Viking Horn Pewter Tankard engraved and personalised with your own special words. Something heartfelt, something humorous or simply a special date, it’s completely up to you what you have engraved on this very special gift to make it something to be cherished for a lifetime.

There are no reviews yet.

Only logged in customers who have purchased this product may leave a review. 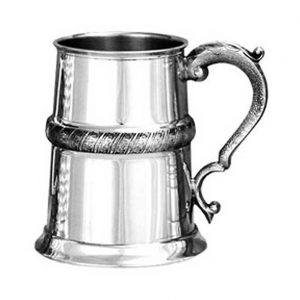 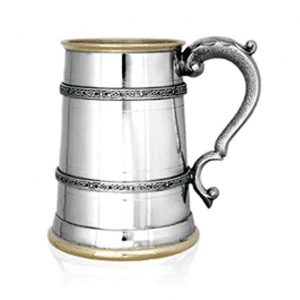 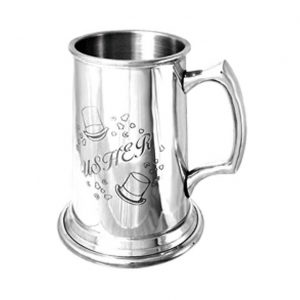 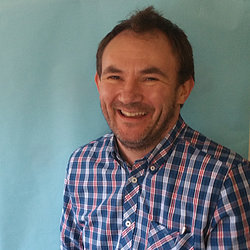 Hello There!
Enjoy 10%* Off Your Shopping Cart Today
when you Subscribe To Our Newsletter
You can unsubscribe anytime. (*Exc. sales & offers).